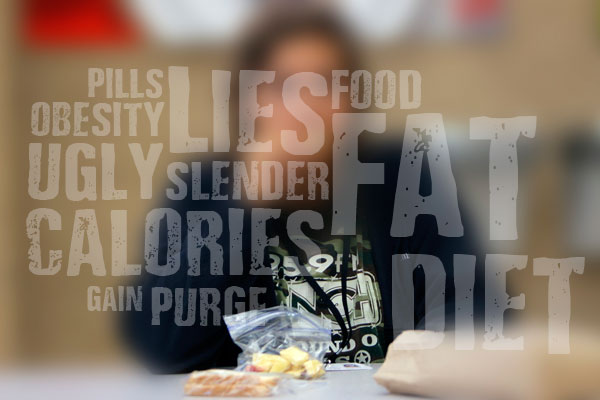 As *Amanda sat down in the cafeteria, the only thing she could think about was the food on the tables surrounding her. Instead of thinking about what she would have for lunch that day, all she could focus on was the calories hiding between the layers of cheese on the pizza or the breading of the chicken.

Amanda was one of the 30 million people in the United States who suffer from an eating disorder.

“During the winter of last year, I really started to focus on how I looked. I hated what I saw in the mirror, and I wanted it gone,” Amanda said. “At first dieting was hard, but I slowly came to love the fact that I was only eating 500 calories a day or less. It felt like a great achievement.”

Anorexia is the third most common mental illness among adolescents. This disorder causes fear of gaining weight or being overweight. To avoid weight gain, someone affected by this disorder often restricts their eating habits to a dangerously low amount of calorie intake. The recommended daily caloric intake is about 1,200 to 2,000 calories, but most people suffering from anorexia report an intake of 500 calories or less. Even when they are clearly malnourished or starved, they still see themselves as overweight and continue in their pursuit of skinniness. 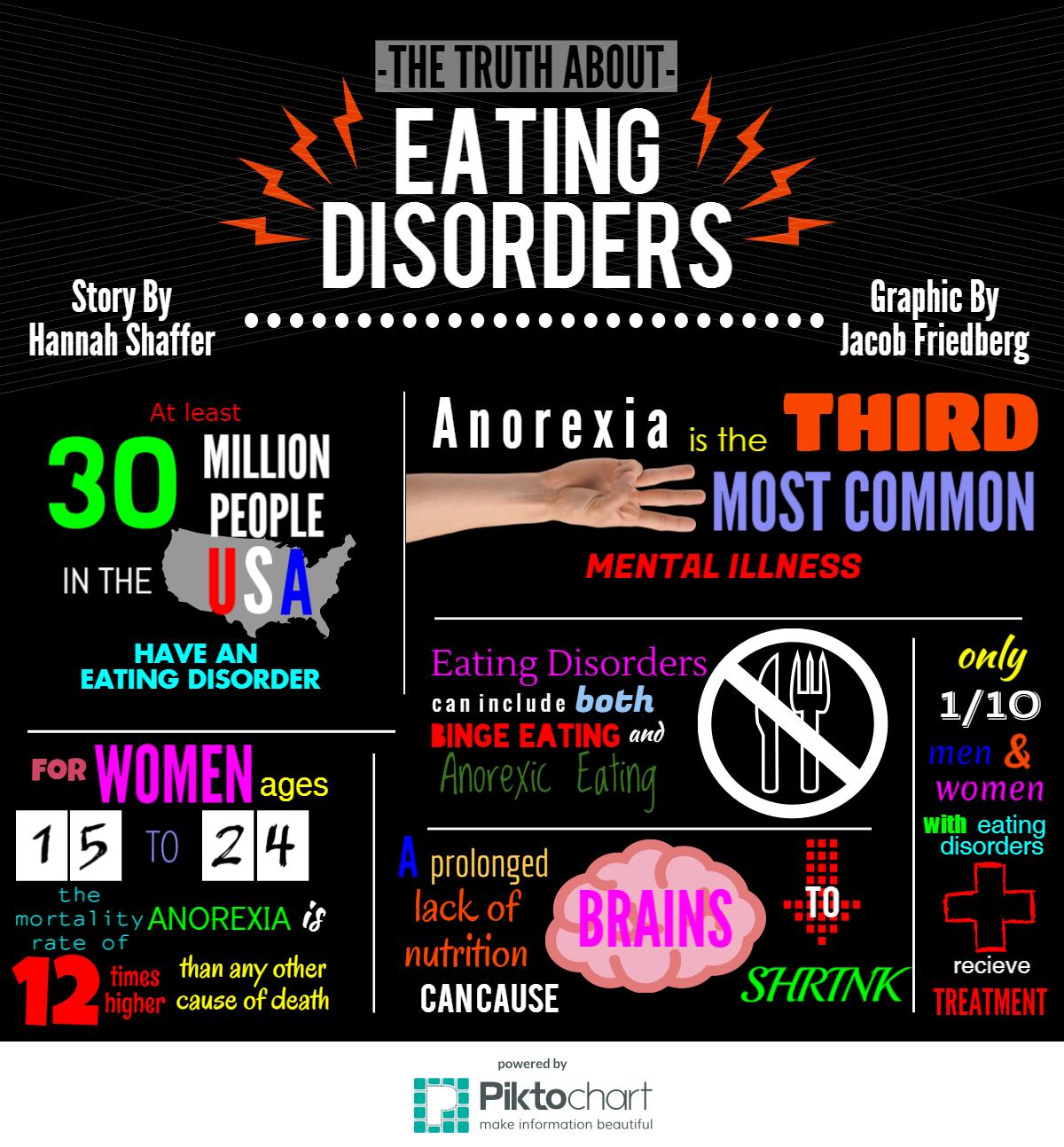 “If students don’t have proper nutrition, they can’t stay awake, retain information or learn properly,” Elisa Watkins, the school nurse at Legacy, said. “Nutrition and calories are like fuel for a car — we need it to run properly. Without them, we can’t concentrate.”

Fats, carbohydrates and proteins are what fuel our brain. Without them, our brains can’t function properly. We become tired, distracted, or frustrated. A continuing lack of these essential nutrients often leads to depression. Prolonged lack of nutrition often leads to structural changes in the brain, and could even cause our brains to decrease in size.

“I know that for other people struggling with this disorder, being directly called anorexic could offend them,” Amanda said. “For me, being called anorexic was a compliment. I loved the fact that I had anorexia and that I was getting skinnier.”

Despite being a deadly disorder, there are pro-’ana’ sites that promote the lifestyles and dieting of anorexia. These sites include tips on how to eat less and ways to hide weight loss. There are different sites to promote various types of eating disorders. They encourage the reader to keep up their progress with their eating disorder and to keep getting skinnier.

A study conducted at the University of Missouri showed 235 college girls a collection of over 300 pro-eating disorder websites. They had never previously shown symptoms of an eating disorder, but a week after the study they all reported different ways of thinking, including different diets and changed body image.

Although anorexia nervosa and bulimia nervosa are the two most commonly thought of eating disorders, there are many others.

Other common eating disorders include binge eating disorder and cachexia. Cachexia is a disorder often recorded in cancer patients. Because of the chemotherapy treatment and radiation treatments they are receiving, the patient’s body begins to refuse to absorb the nutrients it is given. This often leads to a loss of appetite and could develop further into anorexia.

Binge eating disorder brings on episodes of uncontrolled binging. The person affected feels as though they have no control over the amount of food they eat.

“The amount of pressure the media puts on society has gone down slightly every year,” Ms. Watkins said. “I’ve seen the Barbie doll proportions change to become more and more realistic.”

Lammily has released a Lammily doll. Unlike the well-known Barbie doll, the Lammily doll is made with realistic proportions, including realistic height and weight measurements. There are accessories available that you can stick onto her skin to make her even more life-like, such as bruises, scars, acne, and freckles.

“Being supportive and encouraging them to get the help they need is the best thing you can do,” James Bedwell, crisis counselor, said. “A severe eating disorder left unchecked can lead to permanent damage to the body and even death.”

For women ages 15 to 24, the mortality rate of anorexia is 12 times higher than any other cause of death. Talking to a counselor about what is happening can be a big help toward recovery. A counselor can communicate with a nutritionist to start introducing more calories and nutrients back into the diet of the affected person’s life.

“The best thing you can give them is support and constantly tell them that they are beautiful,” Ms. Watkins said. “Support and positive reinforcement are the key to recovery.”