Basu of St. Mark’s Wins Texas Journalist of the Year 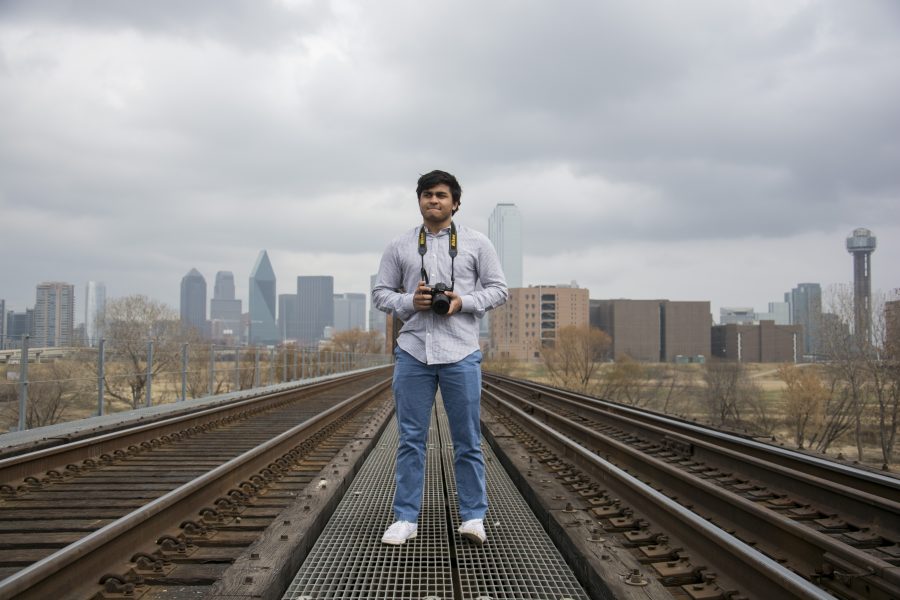 Rishav “Rish” Basu of St. Mark's has been named the Texas Journalist of the Year by the Texas Association of Journalism Educators.

Rishav “Rish” Basu has been named the Texas Journalist of the Year by the Texas Association of Journalism Educators.

Basu is a student at St. Mark’s School of Texas located in Dallas. He is the managing editor of The ReMarker student newspaper and is the fifth consecutive student from the program to be named as the Texas JOY.

“I am delighted that the selection committee has chosen me as the top scholastic journalist in Texas,” Basu said. “I put a lot of work into my school’s journalism program over the past three years simply because I had a passion for telling stories, and I am so happy that TAJE has recognized that passion.”

With the award, Basu will represent Texas in the national Journalist of the Year competition held by the Journalism Education Association and will be recognized at the JEA/NSPA National Spring Journalism Convention April 9 in Seattle, where the national winner will be named.

“Creating my portfolio was truly enlightening,” Basu said. “I realized that journalism has given me so many opportunities to learn more about my community and make a positive change. I used journalism as a weapon for change, and I really recognized that through the creation of my portfolio.”

Entries were judged on leadership, writing, story development and coverage offerings and visual communication. This year a panel of three judges, assisted by two current scholastic advisers, served on the state selection committee. They included a professor from Texas State University, a former award-winning scholastic adviser and the publisher of an online news publication centered on Texas politics and legislature.

The committee members spent over five hours analyzing the six entries and an added additional 90 minutes to come to the final decision.

“The quality of work far surpassed my expectations, and each contestant deserves recognition,” Texas State University lecturer Jessica James said. “The contest itself brings together the best and brightest in the state, and from an outsider’s perspective, I can say with confidence my faith in the future of journalism has been restored after judging the JOY competition.”

Basu will follow in the exact steps as the previous four state winners from St. Mark’s. Last year Will Clark was the Texas representative and finished as a runner-up at the national level. Previous to Clark, Daniel Hersh, Matthew Conley and Ryan O’Meara were The ReMarker winners of the Texas JOY.

“These past two years especially, I have viewed Rish as a real ‘spark’ — the guy who makes it happen, the guy who gets everyone excited,” St. Mark’s adviser Ray Westbrook said. “That’s a real talent.”

The judges were impressed by Basu’s writing and commitment to journalism at a level not often seen at the scholastic level.

“For a high school student, Rish tackled timely and relevant topics that were written at the level of a seasoned reporter,” James said. “He’s a natural journalist, with an innate ability to capture the spirit of the story. I found myself captivated by his writing, a skill not every reporter can accomplish.”

The dominance of The ReMarker program can be seen in not only the individual award winners but as a whole. The publication itself wins accolades, including Texas ILPC Stars, NSPA Pacemakers and Columbia Scholastic University Association Crowns on a yearly basis.

“In my 16 years at St. Mark’s, each year’s staff members seek to improve from past years — to ‘raise the bar,’ if you will,” Westbrook said. “Because of that, my students are never satisfied with what we did last year. They spend summer months in story development and establishing a design and visual plan for the coming year. Empowering students to make decisions, based on their journalistic knowledge, usually results in a high quality product. When you add an administration which completely trusts the students and intelligent and motivated student journalists, you have a situation that should be producing meaningful, quality work.”